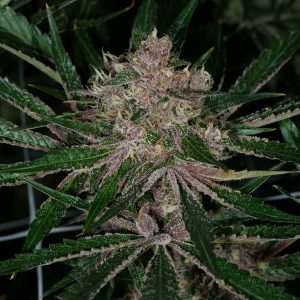 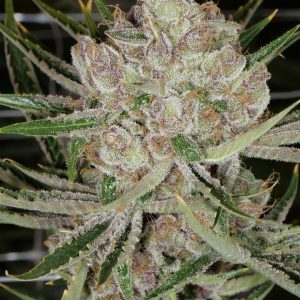 Moby Grape, created by Thug Pug Genetics, in collaboration with Mass Medical Strains, is a cross of the cup winning PuTang mms cut and his Mendobreath F4 Male “Junior” In this MMS release, I backcrossed the Moby Grape, most Mendobreath leaning female, back to the PuTang clone! These seeds are more vigorous and higher yielding than the original Moby Grape regular release made by ThugPug. They are very similar in terms of expressions, with a higher instance of the “pink” pheno that looks like PuTang. They all smoke like a more indica PuTang as well, extra relaxing, happy but more balanced and less super-high-energy than PuTang on its own would be. It also has different trichome structure from the Mendobreath and a very special sweet floral oxygenated smell/flavor behind the up-front sharp orange rotten skunk. Very high resin content and extreme terpenes! Approximately 3x stretch, great yield and quality! These steal the show, hands down. This is a limited released. Includes special exclusive freebie for this drop only: Indigo Child S2! Moby Grape Bx1 was tested in large numbers by the crew at Ocean Breeze Cultivators. A majority of plants are pink flower expressions, while a smaller minority of them were green (SUPER frosty too) and a few darker purple like pupil. They all share similar uniform terp profiles, with a bit more of that Mendobreath terp full force on the green phenotype. Plants showed phenomenal stability and are overall extremely impressive! 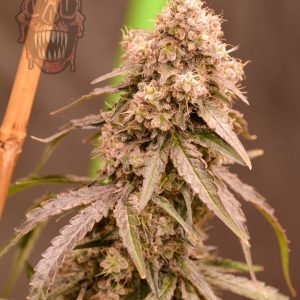 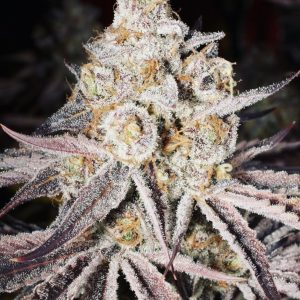